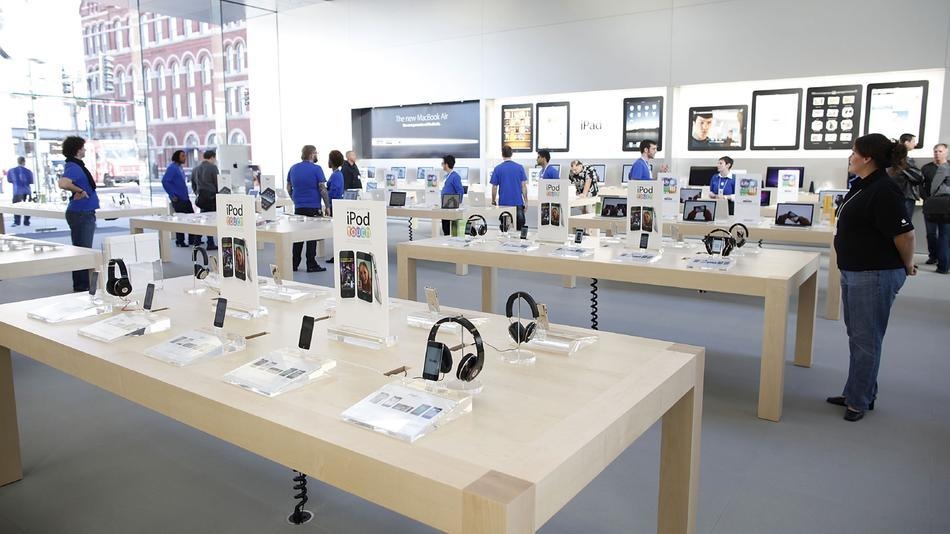 If you have not heard or read that Apple is launching their first ever Middle Eastern store in UAE, then you must be behind current news. The news has been going on for sometime and it is now confirmed that Apple store will be opening somewhere in UAE. Nobody knows where!! Apple always has sparked euphoria when it comes to their products and stores.

Note: The image is for illustration purpose only

As an already saturated market for smartphones, where the smartphone penetration(more than 2.8 million smartphones sold this year-as per Gulf News) is one of  the world’s highest, UAE still seems to be the right place for Apple to open its store. UAE also offers a unique logistical position from where Apple can easily tap neighboring countries. It has also been reported that the UAE Apple Store will be the LARGEST in the world.

How do we know about new Apple store opening in UAE?

Apple recently posted job openings in UAE for their Retail Stores. This is one BIG clue. There are currently 13 jobs(may be around 300 positions!!) at Apple is looking to fill.

Apply today and try your luck.

The BIG question: Where will be the Apple store located?

Apple stores across the world are destinations in themselves. People like to go to Apple store just feel great. Given the ‘Mall Culture’ of UAE and especially Dubai, I reckon the Apple store will either be located at Dubai Mall or Mall of the Emirates.

When will Apple Store open in Dubai?

Apple Store in Dubai is expected to open in February 2015.

Let’s wait and watch what happens!

Latest update is that Apple will be opening 2 stores in UAE, one in Dubai (probable Dubai Mall or Mall of the Emirates) and another in Abu Dhabi. Apple updated the Job listings on 24th August to reflect the new requirements.

One thought on “Where will be the Apple store in UAE? Apply for Jobs at Apple UAE!”