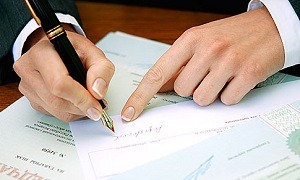 The General Directorate of Residency and Foreigners Affairs

, Dubai, has confirmed that tenancy contract and Dewa bill

is mandatory even when applying for a visit visa.
“Please be informed that as per the new rules implemented recently, the tenancy contract and last Dewa bill is mandatory for visit visa,” DNRD

said in an email statement.
When contacted over phone, an official at the DNRD

call centre said that main office had told them to advise people to bring tenancy contract.
However, residents, who received a document list from DNRD

on Tuesday (June 19), said it did not state anything on tenancy contract.
“I got an email from AMER (toll free info service) contact centre team of DNRD which had no mention of tenancy contract,” said an expatriate Akash, who was planning to bring his parents on visit to Dubai, said.
“We need to get the correct info so we go prepared when applying for a visit visa.” On June 19, we reported that it is mandatory to provide an attested tenancy contract even if one was applying for a visit visa.
“It’s a new rule. You have to provide us with a tenancy contract. It should be attested by the Land Department if you are staying in Dubai, or from the respective municipality if you are staying in any other emirate” a DNRD call centre executive had said.

Hence it is understood that effective June 21, 2012, tenancy contract and DEWA bill is mandatory to apply for visit visa in Dubai.