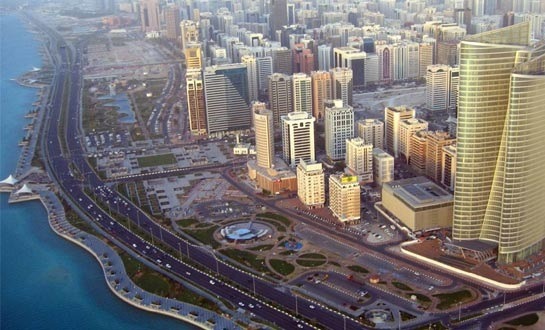 In Abu Dhabi property rights are divided into the following categories:

2. Foreign nationals are entitled to own leasehold apartments or floors, without any ownership of underlying land (surface rights or airspace) and Musataha and Usufruct rights only in investment zones.

Law No. 3 of 2005, the Registration Law, and its implementation regulations deal with Registration of Real Estate and the Land Registration Department in Abu Dhabi, Al Ain and the Western Region. Abu Dhabi has almost introduced laws which make provision for ownership of real estate by other nationalities and which differentiate between the rights of UAE nationals, GCC nationals (or companies wholly owned by them) and Foreign nationals (Law No. 19 of 2007, and Law No. 2 of 2007).

To reiterate, non-GCC foreigners cannot own freehold land, although GCC citizens can, provided the land is within a designated investment area. Long leases will be the only option available for non-GCC natioanls as they will not be able to own land upon which properties are built.

This is a very large construction and property development project comprising residential, commercial and mixed-use properties. it is based on a natural island located off the north eastern coast of Abu Dhabi island. Upon completion the project will be well-equipped with facilitates such as schools, parks, golf courses, art galleries, hotels and beach resorts, shopping malls, healthcare centers, restaurants and other recreational attractions. Residents will be able to enjoy a modern lifestyle in a high quality and relatively calm environment that should rank well on a global basis.

Saadiyat is Arabic for ‘happiness’. It is a large natural island approximately 500 meters off the north eastern coastline of Abu Dhabi. The planning authorities have made Sadiyat Island the cultural district of Abu Dhabi, which will be home to branches of world famous museums (see later section), for openings before the end of 2017. Part of the plan is to provide residential accommodation for about 154,000 people.

This is a development district located to the south of Yas Island, and stretching westwards towards the eastern Mangroves on the north eat coast of Abu Dhabi Island. Al Raha Beach is just 20 minutes from the city centre of Abu Dhabi, and 10 minutes from Abu Dhabi International Airport. Home to Aldar headquarters, the world’s largest spherical skyscraper, as well as quality residential developments such as Al Bandar and Al Muneera, Al Raha Beach covers 11 km of coastline and six million square meters and has great potential for further development.

This island has a total area of 2,500 hectares, of which almost 1,700 hectares has been allocated to development projects. Existing major attractions include the Yas Marina Circuit (formula One), home to the Abu Dhabi Grand Prix, Ferrari World, and Yas Arena, a concert venue that has been graced by world class performers. The iconic Yas Hotel (the Viceroy) is located inside the race track. Soon to open is the nearby Yas Water Park, followed by Yas Mall. Yas island also has two world-class golf courses and a polo club.

These consist of eight major natural islands (amongst a few hundred in total), and include Sir Bani Yas Island and the historic Delma Island. These lie some 30 and 10 kilometers respectively form the coast of Al Gharbia at Jebel Dhanna. Sir Bani Yas Island is a destination for environmental and conservation tourism, with its own wildlife park, hotel resort, and nature-based adventure  activities.

TDIC, set up in 2006, is a government owned master developer or real estate and major tourist destinations in Abu Dhabi . TDIC is behind some of Abu Dhabi’s most prestigious projects:

The Saadiyat Island project, mentioned earlier, has been divided into seven parts, each offering unique facilities.

The projects include: The Residences at the St. Regis  Resort, The Cultural District, Saadiyat Beach, Saadiyat Marina, Island Lagoons, South Beach, Eco Point, and the Wetlands. Saadiyat will house the world’s largest single concentration of premier cultural institutions, including the Louvre Abu Dhabi, the Guggenheim Abu Dhabi Museum, the Zayed National Museum, the Performing Arts Centre, and a maritime museum.

Aldar is undertaking multi-billion dirham projects to help develop Abu Dhabi. Since becoming established in 2055, the company has announced projects worth more than $ 75 billion. The company is owned by leading (mainly government-related) Abu Dhabi institutions, and other investors.

Note: Sorouh and Aldar have finalised their merger and will be called as Aldar-Sorouh.

3 thoughts on “Real Estate,Property Developers and Developments in Abu Dhabi”