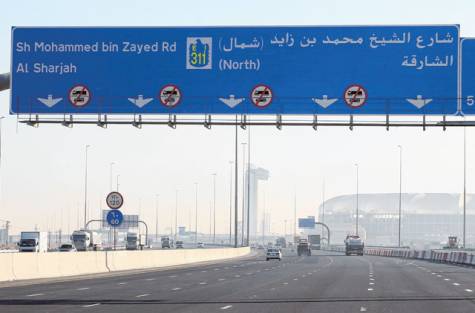 Sheikh Mohammed Bin Zayed is the Crown Prince of Abu Dhabi and heads the Defense force of UAE.

HH has categorically mentioned the reason for changing the name which is as follows: I wanted the first decision of 2013 to be related to a character associated with achievements. Emirates Rd is a vital artery that connects & unites the Emirates as my brother Sheikh Mohammed bin Zayed who unites and defends the UAE.

About Emirates Road: Inaugurated in 2001, Emirates Road is 140KM in length; 73KM out of this is located in Dubai and connects Dubai to the rest of the Emirates in UAE. People travelling to Abu Dhabi from Dubai, Sharjah and other Emirates prefer Emirates Road for its speed limits. However, it is also considered one of the dangerous roads in UAE.