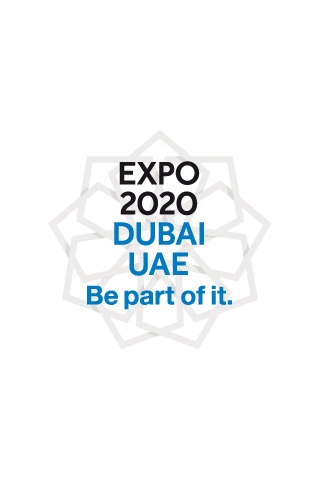 visited Dubai for the purpose of exploring the viability of Dubai as a venue for hosting World Expo 2020.

What exactly is World Expo?

Wikipedia defines World Expo as a Universal scale Registered Exposition time slot which can be sanctioned by BIE-Bureau of International Expositions, Paris.

What are the benefits to any country if they host World Expo?

I believe, countries which bid for World Expo have solid grounds as to why they are interested to host.

I could perhaps list many more advantages of hosting the World Expo. But I will leave that to you.

Who are the contenders to Dubai?

Dubai has some serious competition who are bidding for Expo 2020:

Why I believe Dubai will win the bid for Expo 2020?

Not that other contenders are less worthy to win, I believe, Dubai has a best chance to win the bid for Expo 2020 for the below reasons:

Dubai has some of the world class infrastructure that will rival the best in the world. Starting from roads, bridges and so on. Government of Dubai, under the leadership of HH Sheikh Mohammed Bin Rashid Al Maktoum, has built such a wonderful city that is second to none. I am sure you will agree with me on this. Dubai airports compete with the best in the world.

It was only few years back that Dubai’s public transport was overhauled to create a sustainable city built around the needs of the population. Being a majority of expatriate population, Dubai was quick to realise the importance of building the public transport network that is the best. In leading upto this goal, Dubai Metro was built in a record time. And now it is the most preferred public transport for many. Besides this Dubai has also built a wide Bus services network to connect every corner of Dubai.

When I think of airlines, Emirates and Etihad (based in Abu Dhabi) come to my mind. Dubai is so well connected to the rest of the world, that major cities are reachable within 10 hours. What more do the tourists and travelers require? Emirates Airline connects to major cities around the world.

Dubai has already announced mega construction projects in around Dubai. Major one is the Mohammed Bin Rashid City.

Business Bay Canal project is another such announcement made by HH.

, mostly in preparation for Expo 2020. This power plant will be coal powered with a capacity of 1,200MW.

Dubai by far has some of the world’s best hotels with a range that suits anyone visiting here. The range includes choice of hotels starting from 1 Star upto 5 Star. Dubai is home to iconic Burj Al Arab.

Dubai has garnered support from many countries. Major of them involves UK. With such support Dubai’s chances of winning the bid definitely increases.

Newspapers such as New York Times

have covered this topic in detail. This is another boost to the PR of Dubai and will definitely tilt the scale towards Dubai.

These are purely my thoughts, you may have other factors. Let us know through comments.

What about the competitors?

I was fortunate enough to recently visit Sao Paulo in Brazil and I was amazed at their infrastructure. Though not as good as Dubai. Brazil however has few advantages:

I have no much information or knowledge about Ekateringan. However, Russia is hosting 2018 World Cup

How can you support the bid?

You can support the bid in many ways:

If you are a company, you may Support the Bid this way.

Be a part of the Expo-List of winners.

I wish All the Best to the Dubai Expo 2020 organising committee in all their endeavors. I am sure organising or even initial preparation to such an event is a Herculean Task. May they have success.